Should you use shock collar on dog? It's a commonly asked question. Shock collar use on dogs versus its safety and effectiveness is a hot topic in the pet industry, and any opinions you hear will vary. As many pet owners know, there is a tremendous amount of variation in the types of shock collars that are used on dogs. According to the 2021-2022 APPA National Pet Owners Survey 69 Million dog are owned by Americans.

There are several different types of collars, and some of them do more harm than good. The dog collars market is enormous, and it’s estimated that one in five pet owners owns one. The US Collars & Leads Association estimates that more than half of all dog  collars sold in the US are “shock collars.”

Smart technology has changed the traditional dog collars by incorporating application based collars with the help of wireless and they have now GPS system to track and audio system for owner to communicate with dog.

The term shock is hardly appropriate to describe the effects of electronic collars since they do not produce a measurable effect on the skin. Instead, they are designed to produce a set of behavioral responses that are controlled by their environment.

As an Amazon Associate, we earn from qualifying purchases

What is a shock collar?

A shock collar is a type of collar that uses electrical stimulation to the dog's neck and is connected to a radio-controlled electronic device. It can also be worn on the dog's body. The first shock collars were used during the 1960s to train dogs. Some people use these collars as positive reinforcement to train their dogs.

What is electrical stimulation?

Does a shock collar actually give a shock to the dog?

The term “shock collar” is outdated. Instead, they should be referred to as devices that provide consistent stimulation to the dog's skin. The term shock is hardly appropriate to describe the effects of electronic collars since they do not produce a measurable effect on the skin. Instead, they are designed to produce a set of behavioral responses that are controlled by their environment.

The stimulation is performed with the dog's body parts in contact with the electrodes. Modern static stimulation products are designed to provide dogs with an attention-getting signal so that you can easily convey your command to them. What was once seen as cruel has now become more humane, with these shock collars being used for training purposes. These products come in multiple types and levels of stimulation so you can find the one that is just right for your dog.

Shock Collar Use on Dogs – A Reality?

Unfortunately, millions of dogs end up in shelters due to behavioral issues every year. Only about 10 percent of dog owners actually train their dogs. This makes it hard for many people to prevent their dogs from getting put down.

Some people think that shock collars are cruel and that it’s not fair to put them on. But this is not true. Shock collars are very humane and used by many dog trainers to help manage dogs. They are designed to be used in a very controlled way, never for punishment purposes. They are used to help dogs learn how to behave.

What are the different types of collars?

Many shock collars come with different settings to help you train your dog.   Some use vibration, and others use tone. The settings will vary, and it’s important to know what setting is best for your dog and what you should use it for.

A tracking e-collar is a device that uses GPS technology to keep track of your dog. It provides a variety of information about the dog's position and travels, and it can also tell you the distance between you and the dog.

E-collars are used for training dogs. They are commonly used to correct a variety of behavior problems. Some of the features and specifications of these devices vary depending on their intended use.

A bark control collar is used to reduce or tame a dog's barking. It delivers a shock to the dog's body when it begins barking. Some devices use vibrations or sound to trigger the response.

A vibration collar works by detecting when your dog is barking excessively. It sends a gentle, pulsing signal to the brain to teach your dog how to behave.

Static shock collars are not for everyone. If you’re not a fan of this type of training, there are various options out there. Aside from the sensors that monitor your dog’s vocal cords, static correction also uses a gentle static shock to gently train your pet.

Beeper collars use a motion-sensing device to tell the hunter what their dog is doing. They can also be adjusted to make one beep every 5 to ten seconds while the dog is moving, and then changing to a beep once a second when the dog stops.

If your dog barks excessively, this product will discharge a small amount of citronella spray or a liquid containing unscented liquid to the dog's snout. It will help tame her without leaving her with wet noses.

Shock Collar Use on Dogs-A Reality 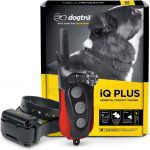 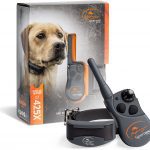 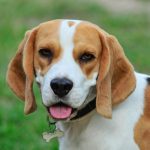